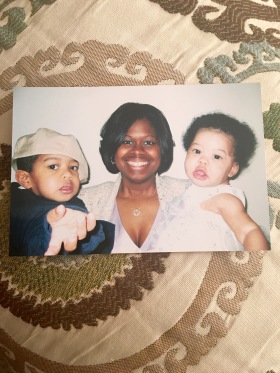 Being a mom is the best 24/7  hour job you could ask for.  I must say that I tip my hat to the families that have more than two children.  You are some brave souls.  Remember, I was the mom that paid $20 for a gallon of milk. There are probably at least 100 other scenarios of my worst mommy moments that I could share with you.  But I have decided to reveal my Top Ten List. Let’s get started with the first 5.

Yes, you can eat PlayDoh.  Harrison was three and Sydney was one.  They were playing while I was cooking dinner, looking in the backpacks, packing lunches and on the phone with the pharmacy.  Harrison yelled to tell me that Sydney was eating PlayDoh and my response was okay.  A few minutes later he asked if he could eat Playdoh too.  My response was sure just as long as you don’t mix the colors because that will be gross when you poop.  Now before you say I am cray cray.  Do you ever answer your children with a quick yes, sure, okay?  Because your mind and body are multi-tasking and you are trying to keep it all straight.  Well, it was less than 30 seconds when I realized what had happened. I felt terrible. Just to let you know,  yes they were pooping rainbows later that day.

Save Money Live Better- Walmart  Sydney loves theme songs and slogans for stores and companies.  Of course whenever she saw a Walmart store she would want to go there and buy a Disney princess toy or a new dvd.  I admit I would try to distract her if I saw a Walmart sign. But she could sniff out a Walmart store a block away.  Finally I had to tell her that there are monsters in Walmart and we can’t go in the store until all of the monsters are gone.  I think that is when the catch phrase “We’re all gonna die” started. That only worked for probably two weeks. Just so you know, it is safe.  The monsters are no longer in Walmart.

Cruising Woodward – Copher’s Community was having a difficult day at home.  Syd was having a tough day and Harrison wanted to get out of the house.  I just wanted to jump out of the window.  Don’t worry we lived in a ranch and I probably couldn’t fit through the window anyway.  So I decided to pack up the kids and we were going to cruise Woodward.  I printed out a scavenger hunt for Harrison to complete.  It was intended for long car trips but I was desperate.  We drove SLOWLY on Woodward headed north.  That was the best $100 spent that day.  $50 for gas and about $50 for food and treats.  Sydney was calm, she even took a few cat naps.  Harrison was working hard on the scavenger hunt.  As for me, I was just enjoying the sights, and enjoying having all of the windows open to feel the fresh air. We stopped to eat often.  Translation we drove through many drive thru food chains.  We were driving so long, that Harrison thought we were in another state.  Now, we do enjoy family drives but they are much shorter and they don’t cost $100.

The Breakfast of Champions- When you are sleep deprived and running late to get two kids to two different schools by yourself sometimes panic mode sets in.  One morning I told the kids that breakfast would have to be quick. When I came into the kitchen Sydney had two plates of Oreo cookies on the table.  Might I add the cookies were lined up perfectly.  So Harrison and Sydney ate Oreos for breakfast.  At least I gave them milk.  And of course Harrison told his teachers that I let them have cookies for breakfast. I was so tired I wasn’t even embarrassed by him telling our little secret.

Mommy I have to potty –   We were remodeling our basement and we needed to go to Home Depot to pick out the vanity sink for the bathroom.  Our kids loved going to Home Depot and Lowes in Michigan.  Not to shop but to get the grilled hotdog combo meal on the way out. We were all in the bathroom section looking at the models of the different bathrooms.  Harrison told his dad he needed to go potty.  Rob was taking too long and he said he would take him.  So Syd and I started looking at something else.  When I turned around I saw Harrison, shorts around his ankles, sitting on the display toilet.  I saw a Home Depot worker and told him that I think that dad and his son needed a little help.  Syd and I went to get all of the hotdog combo meals for the family and we waited for them to get to truck.  When Rob came to the truck and started to tell the story I had such a surprised look on my face.  Just for the record Harrison made it to men’s room with Rob in time.

I can laugh at these worst mommy moments now.  But at the time I felt like such a failure.  Then I learned that I am human, not perfect and that there is always room to improve, change and grow.

Stay tuned for the finale of Worst Mommy Moments tomorrow. Hope you had a chuckle or two.