I have been wondering lately why my family’s path has crossed with The Middletown Police Department over the past two years.  Now I see that our paths crossed for a reason.  As I listened to the sergeant speak about bridging the gap between the police and community, my mind was racing.  He spoke about how people should reach out and contact the department to share their ideas.

My concern as a mother is how my children are perceived.  When you see Harrison I want the spirit of God to greet you before he even speaks.  When you see Sydney I want you to see a happy girl.  With that being said, people may not view them like you and I do.  When I saw the video of the therapist and the man with autism in the street, I connected with that image.  How many times have Syd and I been in Australia and someone watching could think we were a dangerous situation.  The police could have been called on us many times.

This is the time when I want everyone to know our names.  Harrison Copher is a nice young man who attended the youth academy.  He has a sister with autism and epilepsy.  And a mom that might be a little cray cray at times when it comes to her kids.  I have made it my mission to take Sydney to see the police officers, firefighters, and first responders.  I want them to be familiar with her and her with them. Harrison knows what to do if he is ever stopped by an officer. Keep in mind he is not out roaming the neighborhood streets all day.   He also knows to tell them he has an inhaler and epi pen in his possession but not to reach for it.  But what about Sydney? How do I prepare her?

This is where I would love to share my knowledge of autism with the community.  No, I don’t have a special education degree from a university. But I have a special education degree from the school of real life! I need to get another autism sticker for my truck and stickers for anyone that may have to drive Sydney in their car.  I need an autism sticker for my home.  I need to make sure that Syd has on her autism bracelet at all times.  Making people aware and spreading awareness and the signs of autism are crucial.   I want to share three things that I believe would be helpful for all to know.

Individuals with Autism wander off, they don’t fear dangerous situation. When confronted that individual may not be able to respond to your questions, make eye contact, or want to be touched.  Yelling and screaming at them will only make the situation worse.  Remain calm and if the individual is talking, repeat their words to ease them and calm them down. Join them in their world at the moment.  I want to leave you with a story that happened when I was pregnant with Harrison.  I now know that this was sign from God, as to what my future would include.

My ex-husband and I were driving on 8 mile toward Novi.  All of a sudden a little girl maybe three or four ran across 8 mile.  We immediately pulled over to check on the girl.  She was a cutie.  Rob called 911.  I began to talk with the girl. She sat on my lap and gave me a hug.  I asked her to tell me her name and she didn’t respond. She was not wearing shoes.  I knew she had wandered away from her home.  I gave her paper and a crayon to see if she would write anything down.  She didn’t respond.  She was fascinated with a bracelet that I was wearing, so I took it off and let her play with it.  It seem to keep her calm.  She smiled and began rocking back and forth slowly. I sang songs with her until the officers came.  They took our statements and put her in the patrol car.  My heart was broken.  I didn’t blame the parents, I felt bad that this little girl was alone and not able to communicate.  The situation could have been worse.  I am so glad that we were driving and found her.  I called the police department later that night to check on the little girl.  She was later reunited with her family.

I am doing my part to keep my children informed and safe.  But I feel like that is not enough.  I need to do more. 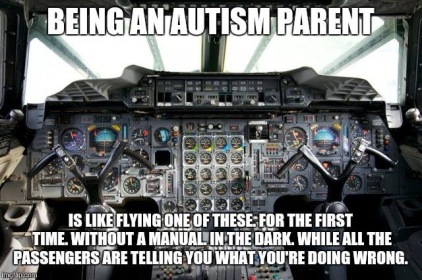