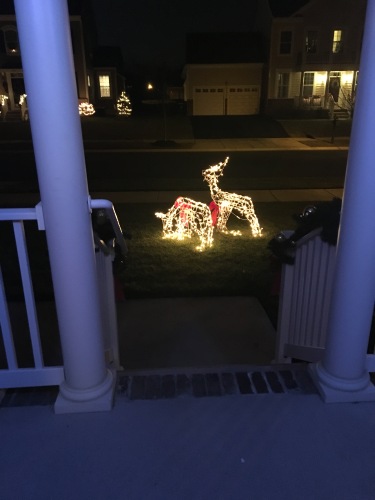 If you were driving down our street yesterday. I am sure that you would have stopped to watch the show. Harrison, Sydney and I were attempting to decorate outside for Christmas.

The more we started working. The more I thought we must look like The Three Stooges to our neighbors. I just wanted to add a little life to the house outside. We began to add some garland on the porch.

Harrison was giving me updates on The Detroit Lions and I think that was causing my blood pressure to rise. Next, we decided to put out the reindeer. Well, Rudolph broke his neck according to Sydney. So his head is down. He is permanently eating grass. And the other reindeer was missing a leg.

Then we had to try to fix the leg. That was Sydney’s job and I couldn’t help but see Dr. Murphy from The Good Doctor. Her echolalia was in full swing. The leg is attached and fixed.

This is when I should be able to rent a step daddy. I am not saying women can’t decorate outside. I am saying. I do everything! And I really don’t want to be out here doing this. 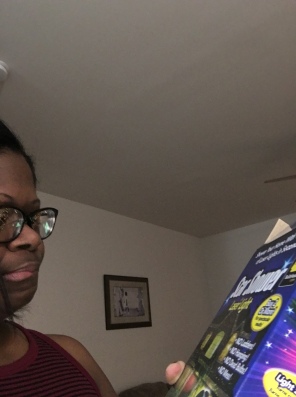 So, the kids and I are standing on the sidewalk looking at our house. Two reindeer, and a red wagon on the porch was a nice touch. It was time to set up the star shower. I think we had more fun with it inside our house than having it outside.

I look up and Sydney is walking down the street yelling. “I’m going to get a snowman.” Jesus, Syd is going to get arrested for stealing a snowman. Now, I know my neighbors are watching us and laughing.
We were a thirty minute episode of The Three Stooges. Laughing, crying, getting twisted in the extension cords, and banging the stakes in the grass was a sight to see.

But we did it as a family. That is all that matters. The star shower never came on at night. We probably broke it. Next year I am hiring a step daddy.