The dating game has really changed in the past 18 years.  Maybe it is just me.  You know I was that  good little Catholic school girl and I dated later than most my age at that time. When you are coming out of a long-term relationship or marriage, you really need to focus on “you” first.  For me my self-esteem was low, I was hurt and disappointed.  This unknown single mother lifestyle scared me.

I did not want to date anyone after my divorce.  I didn’t think that it was fair to the other person. I would have only been using them to pass the time.  Also,  I didn’t know what I wanted and I was scared.  I know that some people get divorced and get right back on the saddle. Some people may miss the intimacy of a relationship and immediately start dating for that reason.  But I am here to tell you to  go get an adult coloring book, knit a scarf,  or drink some wine.  Don’t get caught up in a physical relationship, your mind is not ready for that.  It also becomes more complicated if you have children.  Remember you don’t want to expose your children to Tom, Dick and Harry. It is too soon, in my opinion.

I took the first year after my divorce and I focused on rebuilding me.  It wasn’t easy. A lot of tears were shed, but writing in my journals helped me.  I set mini goals for myself.  Get a job, move out my parents home and gain my power back. There were times when I wished I had a plus 1 for an event that I was invited to.  But I didn’t have one but I forced myself to go to the event anyway.

My first blind date was a disaster.  I arrived at the coffee shop first.  I was writing in my journal to pass the time until he arrived.  When I heard a voice say”Brooke”, I looked up and thought I was looking at my ex-husband.  He could have been his long-lost brother.  I tried my best to focus and he was a very nice man.  Great conversation, attractive but all I kept hearing was wonk, wonk, wonk, wonk.  About twenty minutes into the date.  He asked what was wrong and I told him, that he reminded me of my ex and I just can’t get past that.  Maybe that was a sign from God to tell me I wasn’t ready yet to date.

Each day I was getting stronger and spending time in prayer.  My kids were enjoying me helping at their schools and I was enjoying the luxury of being a stay at home mom.  I began applying for substitute teaching positions and was blessed that I got hired as a substitute.  Working helped keep my mind busy.  I was going to try this again, round two of dating.

Before I tell you about my online dating experience I have to tell you about the worst pick up line that I have ever heard.  I was pumping gas at Wawa.  When a man walked up to me.  First of all, you don’t walk up on a girl from the city, and the look on my face and my stance made him realize he needed to take a few steps back.   He introduced himself as Slick Rick.  I politely asked him did he mean Slick Rick like Rick James?  Bless his heart he replied, “Yes”.  When he asked me my name I said it was Teena Marie.  He told me he knew we were a match made in heaven. I think I only pumped $5 worth of gas and was like Bye Felecia!  Now, if you don’t the connection between Rick James and Teena Marie, google it for a good laugh.

I decided to try Match. com.  That was interesting. Men had wonderful profiles that weren’t true and pictures on their profiles  from 1999.  Everyone that “winked” at me on my profile was from Virginia, Jersey, or DC.  I began to talk  with a man and he was very nice. He loved to text so I figured out he just wanted a pen pal. So I ended that quickly. Keep in mind. I was not trying to get back to the altar.  I just wanted my plus 1 and someone to go to sporting events, movies etc. I also learned that when someone says they are going to send you picture, be prepared that it might not be G rated.  What the ????? Are you serious?  I am too old for that kind of drama. 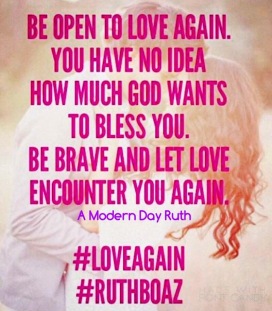 My success story involves helping a friend I met online reconnect with his ex-wife and she gave him a second chance.  We never met and just talked on the phone.We just counseled each other and became friends.   I was glad to see that work out for them.  I wished him the best of luck and deleted his number.  I think I should really change careers and become a therapist. What do you think?   I was going on year two of being divorced.  I was getting convinced that if I was going to meet someone I would meet them at Wawa getting gas or at the Giant grocery store because those were the only places I would go besides going to work and picking the kids up from my parents home.

So here I am. I love myself. I love where my life is right now. I have forgiven and let go of the hurts from the past.  I have learned to trust again.  At this time in my life I deserve greatness and respect when it comes to building a relationship with a man.  This isn’t the end to my dating story.  But I think I want to stop here  for now and pick up later. I want to build up your suspense, like a cliffhanger, that will force you to keep reading my blog.

Never give up on finding love again.