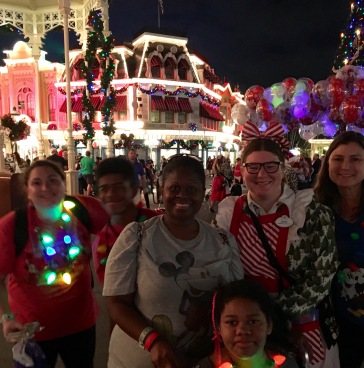 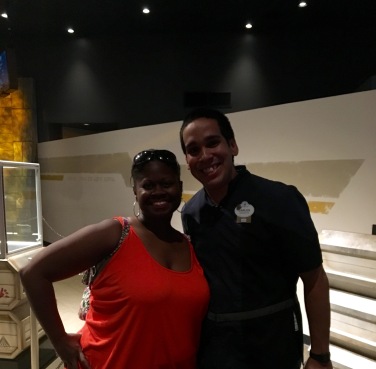 You know that the kids and I don’t attend many activities after 6:00 pm.  On vacation we were on the go from 9:00 am until the late evening.  On our first night at Magic Kingdom, the park closed at 7:00 pm and we had tickets to stay for the Christmas parade.

It seemed like the crowd at the park was larger for the parade than during the day. The parade was starting at 8:00 pm.  We were trying  to find a great spot.  The problem was the kids really couldn’t see when we were by the castle.  Syd was anxious because she could hear the show before the parade but our view was blocked. 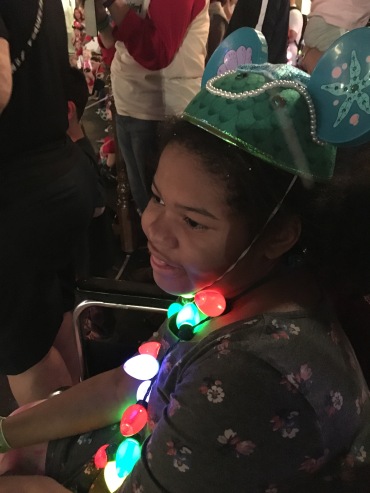 At night the cast members were dressed in costumes, we called them elves.  We met Jess.  I told her we were trying to find a spot for the parade but had no clue where to go.  She immediately said “Follow me”.  She was maneuvering us through the crowds, through stores, and sidewalks.  We had to hurry to keep up with her.  As long as we were moving Syd was happy. I think she thought it was a roller coaster ride.

Jess found us the perfect spot on the sidewalk front row and near the exit.  She gave us sugar cookies and we had to wait about 25 minutes before the parade started.  She was so helpful and made sure we were okay before she vanished off into the snow! 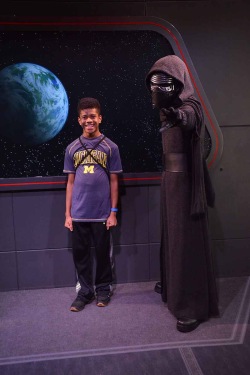 Harrison was being so patient so that Sydney could have her time to be a princess.  So when we had the chance to see Star Wars the next day. I wanted him to see the attractions that he wanted to see.  He loved the ride, the gift shop and watching the storm trooper show.  He chased those storm troopers around and Ms. Bridge finally was able to capture a picture.

We met Carlos, our next Christmas Elf and immediately we were talking like we were old friends.  I told him I really wanted Harrison to meet Chewbacca and Kai Lo Ren.  I admit I was a little rusty on my Star Wars knowledge but Carlos came through for us.  He took us to a private room where we had a chance for him to meet both characters.  I really didn’t want to go, but I thought what are my chances of getting a picture with Chewbacca again. 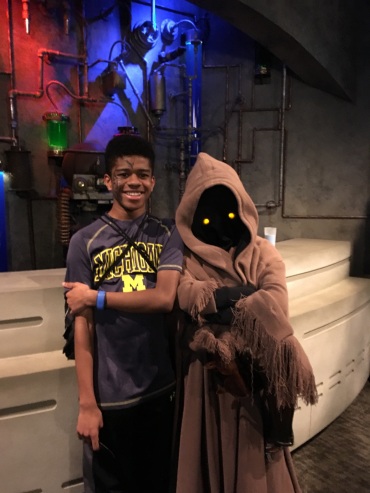 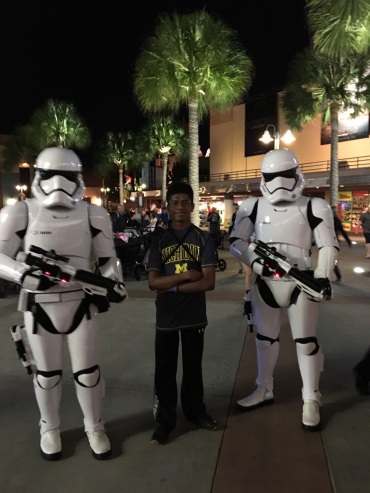 Harrison was so excited and seeing him happy made me cry.  For six days he could be a 14 year old teenager, which was great and a little scary too.

We are blessed to always cross paths with such kind people at the right time.

Yes, These Two Ladies Are With Me,

Sorry Kids The Elf is Dead